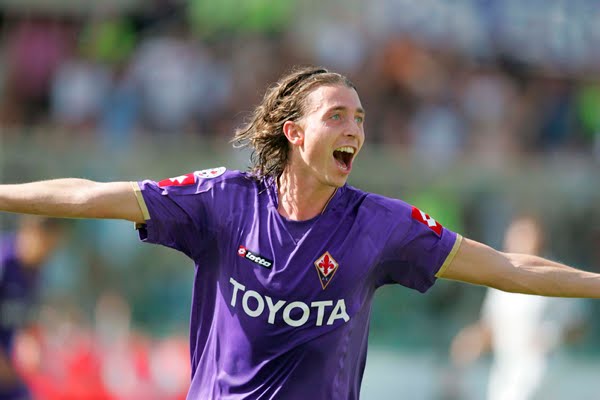 Is Wenger gunner get him?

Back in the spring, Arsenal were reported to be in talks with hot prospect Maxime Gonalons, who currently plies his trade for Lyon.

Since graduating from the notable Lyon youth academy, the 21-year old striker has made 22 appearances, yielding a solitary goal in that time.

This strike rate may produce some scepticism and question Arsene Wenger’s mental state, but as he continues to find his way at first-team level, the interest is there. As such, the opportunity exists to keep a close eye on the youngster who has an otherwise quiet existence.

Also apparently within the sights of Wenger is 25-year old Fiorentina midfielder Riccardo Montolivo. The Italian has been with Fiorentina since 2005, during which time La Viola have made their mark in Europe’s elite competition.

Montolivo has however, recently refuted claims of an imminent move to The Emirates. The Mirror quoted him as saying:

“My contract is not a case that people need to worry about,

“There is no case and I do not want to talk about it now, I’ll do so tomorrow after the game, now I want to concentrate on the Faroe Islands.”

He was of course referring to an international game with the Faroe Islands, not a move there!

Overall, Montolivo has made 179 appearances to date for Fiorentina, scoring just 12 times. A wise move, or pure insanity from Wenger the mad professor? Discuss below with eloquence and civility.