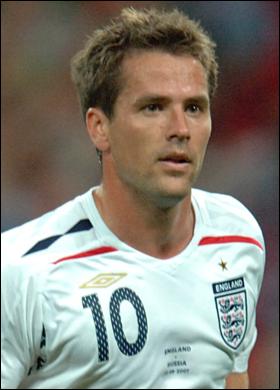 Steve Bruce has a strong link with Manchester United and Sir Alex Ferguson due to his 9-year spell for the club between 1987 and 1996. This has helped both Sunderland and United establish a strong relationship in the transfer market.

After taking Danny Welbeck on loan, Bruce has set his sights on another English striker. In fact he’s hit an outstanding forty goals for his country, yes, of course,  it’s Michael Owen. At 31 he still has a point to prove and that is he can score goals at the highest level week in week out.

Steve Bruce has personally got in contact with Sir Alex to push a deal, whether it’s a loan transfer or even permanent. Now obviously he has cash to spend but this signing won’t really touch the £18m profit they received from Aston Villa for Darren Bent.

This shows the Sunderland boss has faith and believes Michael Owen can fire them into a European place for next season. He has also stated he wants another striker and he’s been highly linked with his former player at Wigan, Charles N’Zogbia too.

Manchester United are keeping tabs on young starlet Jordan Henderson who could join in the future once he gains further experience so will this play a part in the deal? And can Steve Bruce revive Michael Owen’s career by bringing him to the Stadium of Light?