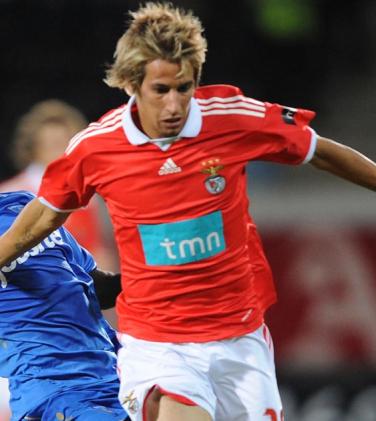 Manchester United of late have been facing a tough battle to keep hold of their best players, the latest being Patrice Evra.

He has been linked with a move to Real Madrid these past two months and rumours in the camp suggest he is still unsettled. Sir Alex has been looking at possible replacements including Benfica’s Fabio Coentrao. Michel Bastos of Lyon is another target but the Portugal left back looks to be United’s number one target.

Coentrao had an excellent World Cup and he was one of the few impressive Portugese players. His form has not dropped since coming into the limelight and now he is hot property. He can play left wing as well which is an obvious plus for Fergie.

Is he as good as Evra? In my opinion he’s not, solely because Evra is a fantastic defender, a better one than the Benfica man and he’s also quality going forward. He and Ashley Cole are the top two left backs in world football but Coentrao is a terrific player who will make a very good replacement.

Jose Mourinho has been linked with all three players at Madrid this season as Marcelo looks a bit suspect defensively so Coentrao is certainly expected to make a move to a big club in the near future.

Manchester United I’m sure we do everything in their power to keep Evra though, so their fans will no doubt be hoping Coentrao doesn’t sign in the January transfer window and their Frenchman stays on.