Newcastle United will be desperate to improve after the international break having only managed to secure one point so far this season.

The Magpies could find themselves in a relegation fight if they don’t manage to improve their performances in the near future, as they’ve looked unconvincing so far this season. Although, things do appear to be on the up, as according to Florian Lejeune’s personal Instagram account, he is back running on a treadmill.

The French defender has been missing at the start of the season due to a knee injury suffered over the summer, and his absence has definitely been felt after his good form last season.

And, Lejeune has now posted a video of himself running on a treadmill on his Instagram account, with the caption “1 month, keep going.”

Seemingly suggesting that he will be back in training in one month. 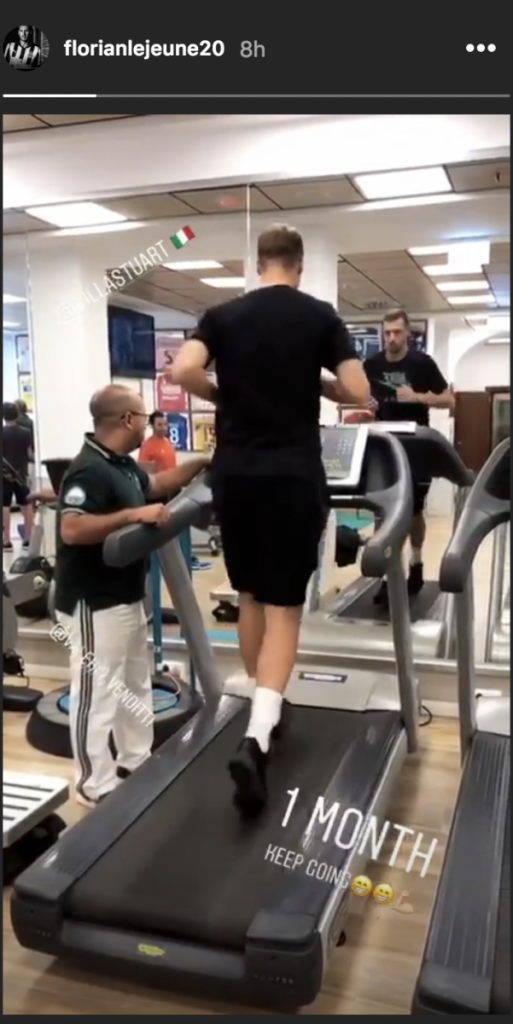 The central defender has been keenly missed in the current campaign as Newcastle United continue to struggle defensively. But, it looks as if he may not be out for much longer with the caption “1 month to go” suggesting that he could return to training within that specific time frame.

So, the Magpies will be hoping that they can somehow cut that waiting time in half as they look to improve on things defensively once the international break is over.