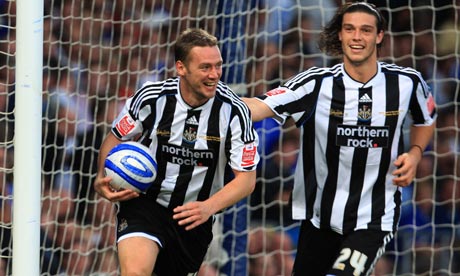 Premier League footballers might have all the money in the world but something a fair few of them are short of is a buddy; someone to help them when they need it and come to their aid in their hour of need. That’s exactly what Manchester United striker Wayne Rooney needed last week when he had angry United fans outside his house unhappy at Rooney’s apparent desire to leave Old Trafford. Rooney eventually came to his senses and after the persuasion of Manchester United manager and so-called ‘genius’ Sir Alex Ferguson signed a new contract at the Premier League club, but the striker isn’t the only footballer who could do with a buddy.

Bad tackles have been one of the hottest topics in the Premier League this season and combative Manchester City midfielder Nigel de Jong isn’t winning any friends. After the Netherlands international karate kicked Spain’s Xabi Alonso in the 2010 World Cup final, the Dutchman has followed that up with some tasty tackles in the Premier League, with one resulting in Newcastle’s Hatem Ben Arfa breaking his leg. Experienced Fulham footballer Danny Murphy has spoken out about bad tackles, but this only resulted in him getting on the wrong side of Blackburn gaffer Sam Allardyce and a couple of other Premier League managers.

Two people who couldn’t find a buddy whichever way they turned were former Liverpool owners Tom Hicks and George Gillett. The Americans really got on the wrong side of the Anfield faithful, something that wasn’t helped by them allegedly making comments that the Liverpool fans were ‘a noise they were dealing with’. What Hicks and Gillett were in desperate need of was a buddy to come to the rescue and help the Americans with the huge problems they faced.

They should have sought out the help of the First Direct Buddy. Available 24/7 every day of the year, the First Direct Buddies are the pinnacle of customer service and are trained in everything. There is no limit to what a buddy can do, meaning that they can help in any situation. It’s easy for anyone in need to locate their nearest First Direct assistant and the buddy service is free, so it won’t make a dent in Wayne Rooney’s or any other footballer’s hefty wages.

The First Direct Buddy service gives you personal contact with people, something Andy Carroll will be grateful of right now. Given the Newcastle star’s problems off the pitch, Carroll has had to call on the help of his teammate Kevin Nolan, with the Newcastle captain going beyond the call of duty and giving the troubled striker a place to stay. Nolan has helped Carroll in his time of need and this is exactly what the First Direct Buddy service can do for you; come to the rescue time and time again.