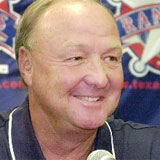 Who's deeply unpretty boy, then?

February 2007. The dawn of a new era at Anfield…the day that Tom Hicks and George Gillett rode to Liverpool’s rescue in a Cadillac, two billionaire businessmen from across the pond who promised the earth…and Snoogy Doogy….

It had been clear for a while that David Moores didn’t have the financial capabilities to take the club any further in a football landscape now dominated by cash riches and financial dominance. The arrival of Roman Abramovich at Chelsea had taken things to a whole new level, a level that forced Moores’s hand in handing over the keys to Anfield.

And so the keys passed to not one but two, billionaire Americans, naively with the belief that this was a wise move. Two people in charge do not make for a blossoming relationship; just ask Gerard Houllier and Roy Evans. But at the time fans were just desperate to see money come into the club and so questions weren’t asked as forcefully as perhaps they should have been. Just who were these two Americans and where had their interest come from? The pair though were warmly accepted in good faith and given the opportunity to show themselves worthy of being custodians of Liverpool Football Club.

George Gillett had been in negotiations with David Moores and Rick Parry for some time before the takeover took place, though the club had expressed doubts over whether he alone had the financial means to provide for what was required. And so Gillett got the thinking cap on and the phone book out. How many rich people did he know that might have wanted to buy a stake in a Premier League football club? With the ring of the Hick’s family house phone did the signal sound for the demise of the club over the last three years. The harbinger of doom summoned in an Armani suit and with a glowing Texan tan.

A man who had no prior knowledge of the club and its history, and no previous interest in wishing to buy out David Moores, would now own Liverpool Football Club. Tom Hicks himself has even said that after receiving the call from Gillett, he logged onto Wikipedia to find out about the club, a club he had not even been aware of. As the last word was read, the dollar signs began to flash.

Hicks was never going to let this opportunity pass. He saw Liverpool purely as a business venture, another asset to make more money out of. David Moores took Tom Hicks on the trust of George Gillett, something that now seems inexcusable when selling control of the football club. A delve into the business history of Tom Hicks and the board should have seen enough reasons for alarm. There is no denying that Hicks has been successful in business, a self-made billionaire, but the way he has been able to do this is not always well received. He is the master of the leveraged buyout; buying the shares of a company, using borrowed money, and then hopefully selling it for a large profit. In 1985 his new firm Hicks and Haas borrowed $88 million to buy a bottling plant and several of the world’s biggest soft drink companies, such as Dr Pepper and Seven Up.

In 1995 Hicks then sold the company to Cadbury Schweppes for $2.5 billion leaving him with a huge profit of $1.21 billion. The investment firm that he set up in 1989, Hicks, Muse, Tate & Furst consummated over $50 billion in leveraged acquisitions under the Texan’s chairmanship from 1989 to 2004. Following his early successes, Hicks made the step into the sports world in 1995 when he bought the NHL side the Dallas Stars for $82 million. He followed that by buying Major League Baseball’s Texas Rangers.

Under Hicks ownership, both teams did, in fact, do well, the Dallas Stars winning seven divisional championships and two consecutive Stanley Cup Finals and a victory in 1999. The Texas Rangers won the American League West Division in 1998 and 99. Hicks’s involvement in football actually began earlier than the takeover of Liverpool, at Brazilian club Corinthians in 1999.

As with the Reds though, his time involved was a complete disaster, poor performance on the pitch and an inability to provide a new stadium saw Hicks eventually leave. When he arrived at Anfield, Hicks was quick to stress that the takeover bared no resemblance to that at Old Trafford by the Glazers. Together with Gillett he made clear that the takeover had involved no borrowing of money and loan grants. Day One, Lie Number One. They certainly started as they meant to go on.

With Liverpool, Hicks  has put none of his own money into the club to enable it to build and grow, no new stadium has yet been built but he is still asking for a mammoth amount of money to sell his stake, an amount far exceeding the club’s current market value. Hicks simply has not had the money to deliver on the promises he made to the fans and to help the club to improve. But rather than gracefully accepting defeat the Texan has refused to give up on this particular asset without a fight, despite the damage it is doing to the future of the club. Despite early successes in his American sports acquisitions, things have started to turn a lot more problematic there also. Hicks recently defaulted on $525 million worth of loans to the Texas Rangers and the Dallas Stars.

At the beginning of the year it was announced that Hicks had agreed to sell his stake in the Texas Rangers. On May 24 Hicks and Hicks Sports Group filed for bankruptcy separation of the Texas Rangers from HSG and asked the courts to approve of the sale of the Rangers. The fear amongst Liverpool supporters and something that Hicks himself has already alluded to was that money was being taken out of Liverpool to help Hicks resolve his problems in America.

He recognises that Liverpool are his biggest asset and it seems pure greed has become a factor. He has had offers to sell his stake a number of times, earning a healthy profit from what he bought the club for but he still refuses to budge. But whilst not providing the club with any funds to improve the squad and thus the fortunes of the team, he can’t possibly ask for the amount he wants to sell the club. Each month that passes by the club is becoming less attractive to potential investors.

Because of recent problems and lack of financial stability, the likes of Steven Gerrard and Fernando Torres are questioning their futures and exits remain possible. If they do leave then the number of investors are going to decrease and the value of the club with it. When the announcement was made that Hicks and Gillett had put the club up for sale, supporters were hesitant about opening the champagne. Until the pair had actually left the club then damage was still being done. And months later, new owners are still to be found, and a successful conclusion appearing some time away yet.

Article title: Let’s Have A Look At Tom Hicks