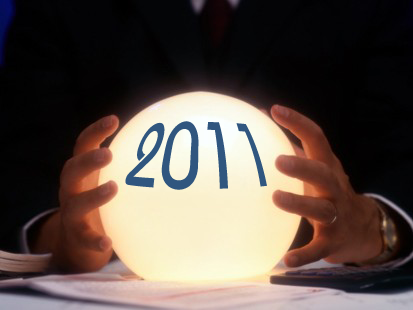 This is a ‘must win’ game for Wolves and Mick McCarthy as they find themselves on a run of six consecutive defeats. Wolves started the season brightly, but a dip in form has found them without a win since their 2-0 victory over Fulham back in August.

For Swansea, they do pass the ball around well at times, but away from home they tend to be very naive in the way they defend. They have lost all 5 away matches this season, and I’m sure Mick McCarthy will be telling his boys this is a game they must take full advantage of.

Aston Villa got toppled over by City last week and will be looking to bounce back strong. That was their first league defeat of the season and will be favourites to beat West Brom. It was inevitable that West Brom under manager Roy Hodgson would eventually pick up form after their slow start to the season.

They have only lost once in their last 5 games but Villa will have too much up front for them. A narrow victory for Villa.

These two clubs are currently sitting near the bottom of the table with 6 points apiece. Both managers have been under severe pressure this season and a win is vitally important for either manager.

Bolton picked up their first win since the opening day of the season last week against Wigan, and Sunderland even though they marginally lost at the Emirates, they did have their moments. It will be a tense and nervy game, with neither team wanting to lose.

Unbeaten Newcastle have looked very impressive this season. Coming back twice against Spurs shows the determination and confidence they have within the squad. Wigan are the complete opposite, having lost their last 5 matches, coming to St James’ Park will be the last thing Wigan would have wanted.  A strong home win looks like the only outcome.

With Liverpool welcoming back captain Steven Gerrard they look like a strong outfit. They were unlucky not to grab all three points against United and facing Norwich at Anfield, only a win is acceptable.

However Norwich have looked decent and extremely competitive. They created numerous chances at Old Trafford and probably feel they should have got something out of that match. Norwich will put up a fight but not enough to stop Liverpool from winning.

Having to play at the Emirates just three days after playing in the Europa League with 10 men, would be a daunting prospect for anyone. Stoke have found it hard to find a solution to playing mid-week and the weekend. Arsenal are on good form after a miserable start to the season, and winning in Marseille would have only helped boost their confidence.

Stoke have looked shaky away from home but knowing them they will still give Arsenal a hard game.

Fulham scored 6 goals during their last match at Craven Cottage and will be hoping to repeat the same against Everton. Everton have lost 3 games on the bounce, a first under David Moyes who will be desperately hoping to turn that around. There is not too much to call between the two clubs and I believe it will be a very close game.

This is a really hard one to call as both teams are so strong. The importance of this match is key with United sitting behind rivals City. A loss will put them 5 points behind City and for that reason I can only see United winning. It will be fascinating to see whether Mancini opts to ploy a more attacking approach or sit back and hope for the draw.

United have looked unconvincing at the back this season, and with City’s deadly force up front this match has all the ingredients to be a classic. I believe United will just edge it.

Bottom of the table Blackburn will be looking for a similar performance to when they faced Arsenal at Ewood Park. Tottenham are flying high this season, but my only concern is with Ledley King, Dawson and Gallas who are all out injured, their defence seem vulnerable. It will all depend on how Spurs’s back four cope with Blackburn’s physicality that will determine the outcome of this game.

The London derby will be a fiery and contested battle between both clubs. QPR will put up a good fight but Chelsea will have too much power and flair for them. With the focus much on the two Manchester clubs, Chelsea are looking like a very different team under the radar.

The team of late are playing some fantastic stuff at the moment with Mata and Sturridge looking lively. The team are passing the ball much quicker and have added more pace down the flanks. QPR have looked strong at times this season, and appalling in others. Sorry to say, but for Neil Warnock and his men it will just be another bad day in the office.