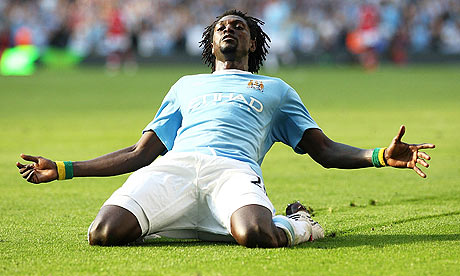 News has broken that Tottenham are in talks with Manchester City over a possible loan move for Emmanuel Adebayor. The ex-Gunner is out of favour at Eastlands and has expressed his desire to leave in January.

Out of favour and questionably out of form. If he does sign for another ckub, whoever they are would have to acknowledge that they were to some extenet making a leap of faith.

I have compiled my reasons why we should/shouldn’t sign him. Feel free to debate my opinions…….