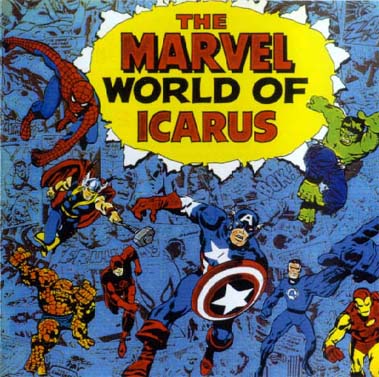 Although we still have a heavily contested league meeting between Manchester City and Liverpool to take place on Monday evening, this weekend’s Premier League games have seen their fair share of goals and quality performances from a number of individuals.

While many have done their part in securing three points for their respective clubs, who have gone above and beyond this weekend, standing head and shoulders above everyone else?

Ben Foster – Has enjoyed a good start to his Birmingham career following a £6 million move from Manchester United. Despite conceding two in an opening day draw against Sunderland, Foster was influential in his side grabbing all three points against Blackburn, magnificently saving a Morten Gamst Pedersen penalty in the process.

Marek Cech – After enduring a torrid time in defence last week as his side were torn apart 6-0 by Chelsea, Cech provided must needed stability on the left of defence this weekend as he helped his side secure a 1-0 victory over Sunderland, to give the Baggie’s their first league victory as they face an upward battle for Premier League survival.

Bacary Sagna – Has struggled for a consistent level of form over the last year or so but will be hoping he can play a considerable part in Arsenal’s drive for league success.  Although there were a number of key performers as the Gunner’s brushed aside Blackpool 6-0, Sagna’s defensive stability as well as his attacking prowess proved to be a constant thorn in the Seasider’s defence all afternoon as he set up Abou Diaby for his first goal of the season.

John Terry – Has been one of the best centre backs both for club and country for a number of years and we can expect this season to be no exception. A commanding performance from the Chelsea skipper saw him keep the Wigan attack at bay, allowing the Blues to work their magic down the other end of the field as they strolled to yet another 6-0 victory.

Alex – Along side defensive partner John Terry, the Brazilian has shown his is more than capable to fill the shoes of Ricardo Carvalho, who left Stamford Bridge to join former manager Jose Mourinho at Real Madrid this summer. In what was seen as a very comfortable result, Alex put his body on the line with a number of top notch tackles and blocks to ensure keeper Petr Cech kept a clean sheet.

Gareth Bale – Has come on leaps and bounds in the last year, establishing himself as an important part of Harry Redknapp’s starting XI. The Welsh international found the net twice in a 2-1 away win for Spurs against Stoke, one of which will be considered a strong candidate for goal of the season, as the youngster struck home a volley past a stranded Thomas Sorensen.

Theo Walcott – After missing out of Fabio Capello’s World Cup squad this summer, Walcott will be looking to get himself firmly back in the England managers plans this season. His performance for the Gunners against Blackpool has most certainly put the player back in the fold, as a superb hat trick saw the former Southampton man put in a performance of the highest calibre.

Craig Gardner – Along with goalkeeper Foster, Gardner has proved himself a key part of manager Alex McLeish’s squad in what was undoubtably his best Premier League performance to date. Two well taken goals and a solid game in the centre of the park helped guide the Midlands club their first league victory of the season and the former Aston Villa man will be hoping these performances continue as the season progresses.

Abou Diaby – The French international, who is usually praised for his defensive capabilities, proved very much a driving force at the Emirates this weekend, helping to guide the North London side to their first victory of the season. A performance, which saw him get on the score sheet and set up Walcott for his third, will help to lift the confidence of the 24 year old, who endured a difficult time in South Africa this summer with France.

Andy Carroll – Showed some real Premier League class as the striker followed compatriot Walcott in grabbing yet another hat trick in the weekend’s surprise result that saw Newcastle grab their first points of the season  with an unbelievable 6-0 victory at home to Aston Villa. While this result will be very much a rare occurence, manager Chris Houghton will hope Carroll can keep up his goal scoring touch and help the North East side maintain a Premier League place come the end of the season.

Nicolas Anelka – Although it seems Anelka no longer has an international future, after receiving an 18 match ban for his actions in the summer, the Frenchman has most definitely showed his worth to Chelsea so far this season. Two early second half goals against Wigan were enough to take the game away from the North West side and if he and striker partner Didier Drogba can keep up their prolific scoring form, the Premier League crown could be heading to Stamford Bridge yet again.

While this is the best starting XI that I believe there was this weekend based on their performances, there were a number of great moments and individual highlights which have all the promise of making this campaign one of the best Premier League seasons yet.