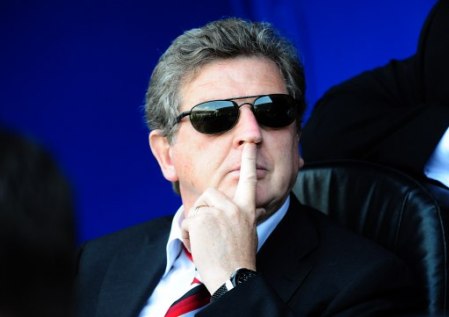 Liverpool’s search for a new manager is seemingly set to end with the imminent appointment of Roy Hodgson.

The chosen successor to Rafael Benitez has surprised many supporters despite weeks of speculation. The failures of last season perhaps signalled a change needed to be made. Whether Hodgson is an improvement on Benitez though is debatable. Liverpool fans will certainly support Hodgson, as they do all of their managers. He definitely has a big job on his hands…

Task One will be to secure the services of Steven Gerrard, Fernando Torres and Javier Mascherano. Hodgson’s job will be immensely tough even before it has begun if any of these players leave Anfield this summer. After the constant speculation and mounting questions, Hodgson needs to begin to somehow return stability to the club as soon as he arrives, something his calm and measured management style will hopefully help to achieve.

Nevertheless decisions need to be made and forcefully. The manager will have to identify the players that can be sold, raising further funds necessary to add to any already assigned by the board. To most it is obvious which players are not of the required standard to wear the shirt and will hope Hodgson realises this also, a break from the stubbornness of Benitez who having signed the players, continued to persist with them.

Whilst any chance of a quick takeover appears to have ended, the chances of Hodgson having to make shrewd signings on a tight budget during the summer are high. He will certainly have to achieve success in this area if Liverpool are to make any kind of impact next term. Areas of pressing concern remain in the attacking department with strikers and wingers a high priority. Hodgson needs to recognise gaps in the squad immediately and act decisively.

The manager will certainly continue to ensure the defensive unit of the team is well drilled; something Benitez was able to maintain for the most part also. Throughout last season Fulham earned high praise for their work rate and tactical awareness, maintaining good discipline throughout matches. All players seemed aware of their role within the team and the demands placed on them. Managing Liverpool though is an altogether different prospect with much higher demands. What Hodgson needs to do is try to make the team a more attractive outfit, whilst ensuring the defensive balance is maintained. Those who are against Hodgson’s appointment point to the fact that Fulham failed to score a goal in many games last season, appearing to favour defensive solidity over attack. Given the players available to him at Fulham this may be an understandable priority for Hodgson so criticism at this stage is perhaps unfair. Even Liverpool had their troubles last season scoring goals. In time fans will be able to see the style of play that Hodgson will look to bring into the side with a better collection of players to choose from. If Liverpool continue to display undue caution in their game then questions will be asked.

With an appointment that has split fans opinion to such an extent, the first 10 games of Hodgson’s reign will be crucial to his and the club’s future. What does he need to do? As Liverpool manager, it’s simple. He needs to win.